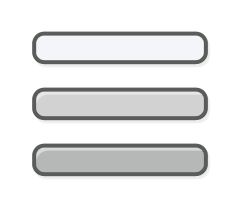 Does anyone know an alternative for using the camera”s Zoom besides using the mouse wheel? I use a Logitech Marbleman Trackball, and while I have a utility or two that emulate a mouse wheel (works on some games and does the trick for browsing the web), it doesn”t appear to work for Far Cry 3. I haven”t tried looking for/through the controls via the .txt file I”m sure there is, because I”ve been too busy just playing without the ability to zoom, but any help would be appreciated. Thanks in advance.

So I”ve searched via Google, and I still haven”t found anything regarding an alternative to using a scroll wheel to zoom. I also don”t want to go around editing files (even if they are just for control). (I also haven”t found them). Insight is appreciated.
why dont you buy a normal mouse to play the game you pay a lot for the game yet you could use a cheap mouse to play it
Personal preference. I”ve used a Marbleman Trackball for the past 8 or 9 years. It”s the mouse I”ve always used to game with. Takes up little space, allows me to do 180/360 turns with a flick of 1 finger, I don”t have to move my wrist at all. I appreciate your “suggestion”, but I”d prefer an answer besides “Get a real mouse”.
I had the same problem. I”ve worked around it by using AutoHotKey from http://www.autohotkey.com/ with a script that remaps my Page Up and Page Down to Wheel Up and Wheel Down and it works great.The script I use is simply:PgUp::WheelUpPgDn::WheelDown
I actually stumbled my way to this post: http://forums.ubi.com/showthread.php/730962-RE-Mouse-Wheel-Dependency/page1 . Unfortunately, that didn”t work for me. I”ll try the autohotkey thing, though. I”m assuming that they”re extremely similiar, but hopefully, it”ll actually work in game.
So I”m curious if you did anything, such as telling the script to run if and only if Far Cry 3 is running? I made the mistake of reversing the script (WheelUp::PgUp), but I fixed it, and it still didn”t work. I may have to reload the game with the script turned on prior to the game being up, but I thought I”d check to make sure you didn”t do anything else beforehand. Thanks in advance.

I had it running before launching the game, but other than that I didn”t do anything. Perhaps the OS makes a difference – I”m running Windows 8…
Yeah, I”m running Win 7 Pro (64 bit). I dunno, I”ll fiddle around with it some more. Thanks for the info.
It’s just a shoddy port as they didn’t put the extra effort of sorting out the menus either. Selling things can be a pain too.

why dont you buy a normal mouse to play the game you pay a lot for the game yet you could use a cheap mouse to play it A: I switch from a “normal” mouse to mousewheel due to carpal tunnel issues. I”m not going back.B: While there are trackman with mousewheels (and I have and use one at work where I never use the mousewheel anyway), I don”t like mousewheels. I prefer a third real button… partly due to large hands, and partly due to having to move a finger off either the primary or secondary button to use it.
Has anyone ever figured out how to rebind the mousewheel yet? Ive tried the same autohotkey script as Fatboyfat_UK had posted above, thats the same “script” that ive been trying to use for years in other games and while it works fine in windows, it wont work in pretty much any game. Specific to Farcry 3 it does not zoom the targeting camera, or the large map.Like some of the other users here, using a Trackman Stationary thats not got a wheel on it. If i had to guess, id almost think that the problem was related to the mouse driver since some people can seem to get it to work and some cant, could be related to windows 8 as well though. Currently im using “Microsoft PS/2 Mouse” under Win7 x64, and having no luck with the following script:PgUp::WheelUpPgDn::WheelDown